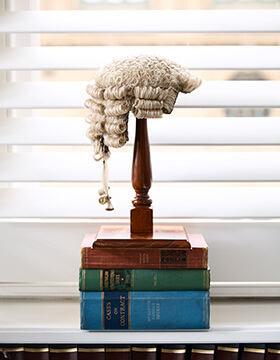 Richard signed the bar roll in Victoria in 2003 and initially built his practice in Melbourne, appearing in all courts and tribunals. From 2010 to 2012, Richard took leave from the bar to take up the position of Risk Manager at the Legal Practitioners Liability Committee (the LPLC), the professional indemnity insurer of lawyers in Victoria (or Victorian equivalent of Lawcover). He has an intimate understanding of acting, advising and running professional negligence claims, and in particular the way in which the relevant indemnity policy may impact upon strategy and settlement.

Since 2017 Richard has been a sessional lecturer at Monash University. He is the course co-ordinator / chief examiner for the Succession Law unit, and has lectured (and tutored) in Trusts, Equity, Property and Commercial law units.

Richard has delivered numerous seminars for various CPD providers on a wide range of topics, including ‘Claiming Damages for the Loss of a Chance’, ‘Confidentiality Obligations’, ‘Ethics and Risk Management for Succession Lawyers’, and ‘Personal Property Securities’.

He is happy to accept briefs in any general commercial matter.